It would be reasonable to assume that a Guildhall has stood on the same site adjacent to Llantrisant Castle since the year it received borough status in 1346 if not earlier.

The Castle was fortified in 1246 with two towers and a small enclosure, which presumably also incorporated the medieval court house, or Guildhall of the period, which means it may even date from the mid 13th century.

It was this area that they were largely responsible for administrating the borough of Meisgyn and Glynrhondda and as the seat of local government the Guildhall was a building of immense power and prestige.

The Court Leet was held at the Guildhall from the presentment of the first Charter in 1346 but we can only rely on the Confirmation Charter of 1424 by Richard Beachamp, Earl of Warwick and Lord le Despenser, Lord of Glamorgan for the extent of its power. 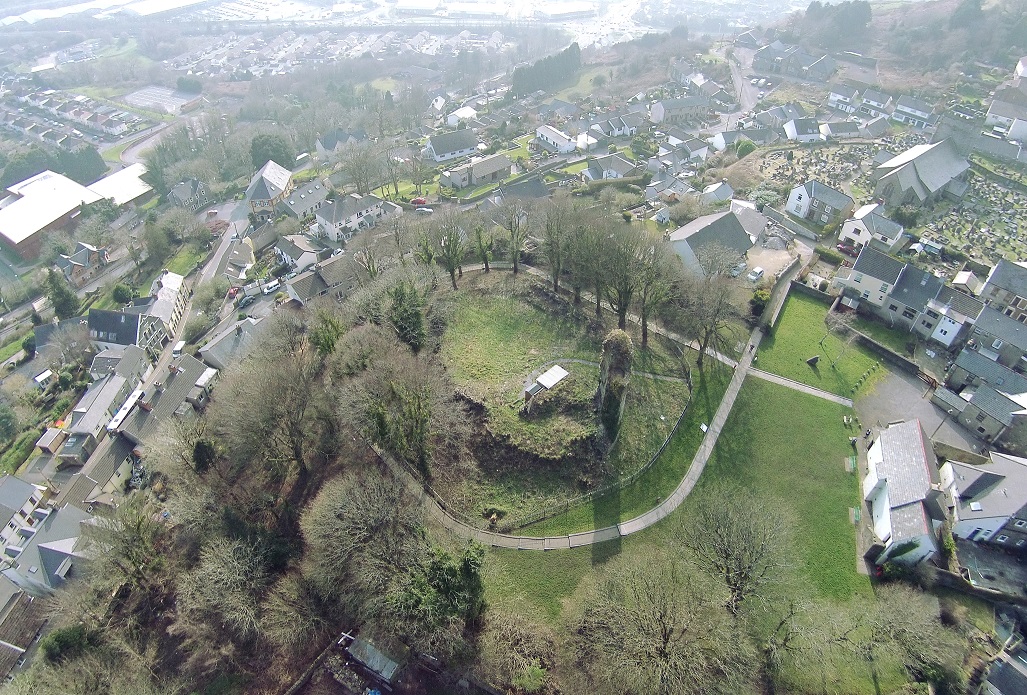 The Charter sets out a bill of rights for the “burgesses” (Freemen) of the borough stating “They may for a guild amongst themselves, for their own profit”. It goes on to state that “The constable may hold hundred courts, monthly of pleas and complaints, except the pleas of the crown and certain others.”

That in itself implies the “hundred court” was to be held regularly, therefore suggesting that a building would have been necessary to fulfill this functions and others relating to the Charter. The Charter had a commercial aspect, emphasizing the freedom of burgesses to trade throughout the Despensers estates without payment of tolls.

A merchant guild was to be established and the trades of the neighbourhood to be polarized in the market place so that visiting merchants could buy and sell there on market and fair days, paying tolls for the privilege.

Llantrisant’s medieval Guildhall has re-opened to the public as a heritage and visitors’ centre following a £1.4million transformation.

Funded primarily by the National Lottery Heritage Fund along with Cadw, the Welsh Government and other bodies, the Grade II Listed Building has been restored to its original glory.

For the past eight years Llantrisant Town Trust has worked tirelessly to breathe new life into the old timbers of the 14th century building which stands in the shadow of its neighbouring ruined Norman castle.

The Guildhall was the centre of power which governed an ancient borough for almost 700 years to execute the rights and privileges of the town’s Charter presented in May 1346 by the Lord of Glamorgan.

Since then it has been in constant use by the Freemen of Llantrisant who ruled the borough for centuries.

During the past eight years it has undergone a massive restoration project has been restored to the very highest conservation standards. The large medieval chimney has been rebuilt to its original height, and the roof completed in new Welsh slate.

The main floor has been rebuilt, and extensive timber repairs carried out to the roof structure. New and refurbished windows and doors have been installed, and the exterior walls and porch have been completely repaired and renovated.

The Guildhall now has the opportunity to become central to the community of Llantrisant once again by boosting the local economy as it welcomes more visitors to the town and wider county borough.

Llantrisant Guildhall is open Thursday – Saturday from 10am to 4pm. For further details visit www.llantrisantguildhall.co.uk, telephone 01443 449111 or email This email address is being protected from spambots. You need JavaScript enabled to view it.