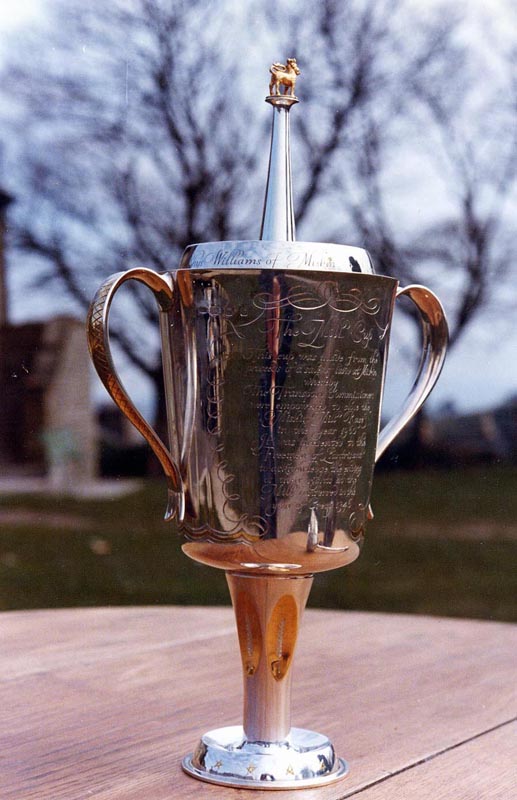 The Loving Cup was presented to Llantrisant Town Trust by Freeman Trustee Sir Brandon Rhys Williams of Miskin Manor in 1960.

Its background has always remained something of a mystery but its origins stem from a British Rail deal to purchase part of the land at New Mill, Miskin.

It was believed that Freemen had rights to grind corn at the Mill and since the railway would affect its right, they were obliged to compensate them for the land acquisition. The compensation money was used by Sir Brandon to purchase a Loving Cup for the Town Trust.

The actual conception was by Sir Brandon himself but it was designed by Eric Clements (1925- ) who was then  consultant chief designer for Mappin and Webb of London’s Regent Street.

The three saints were designed by a famous Radio Times artist in the 1950s whose name couldn’t be recalled by Sir Brandon when compiling information on the item. The cutting was by Theo Wise, the designer engaged to create the Ascot Gold Cup.

The manufacture and partial gilding was done by a pupil of one of England’s leading designers and silverware maker Omar Ramsden (1873-1939).

What Does It Represent? 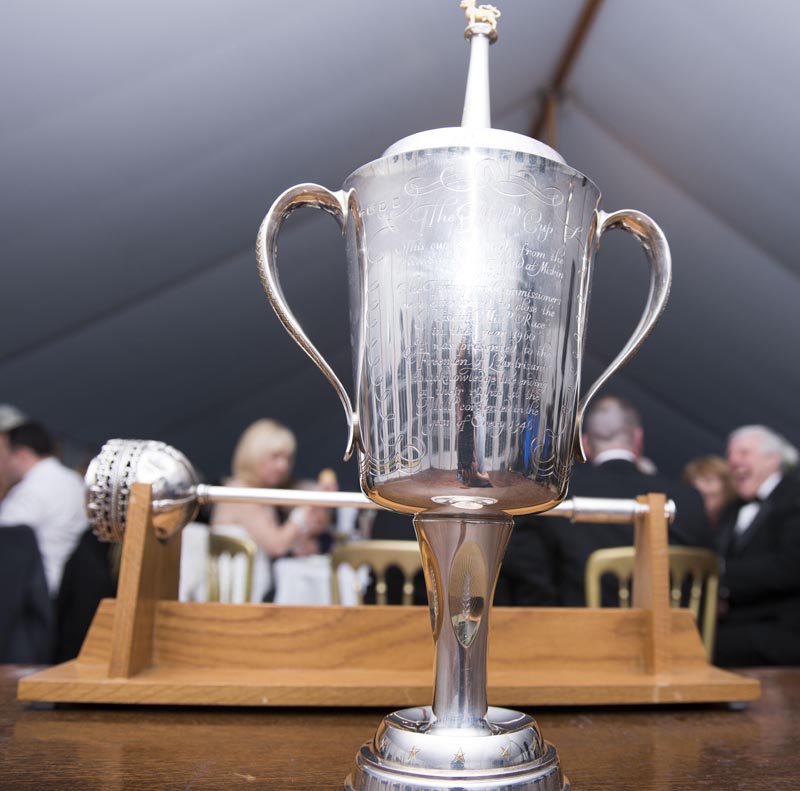 The cup is illustrated with the two fishes and five barley loaves miracle. The fish handles represent the Mill and its stream. The five loaves are on the lid.

The point of the lid has a mounted king with a sword to represent The Black Prince and the Battle of Crecy.

There are twelve fragments on the bottom of the cup representing the Black Prince’s achievement.

The helmet badge is from the Canterbury handbook. The Prince of Wale feathers are correctly shown on his tomb.

Sir Brandon Rhys-Williams was a long-serving member of Llantrisant Town Trust from the late 1950s. He worked tirelessly for the Freemen of the town alongside his close friend, Sir Cennydd Traherne. 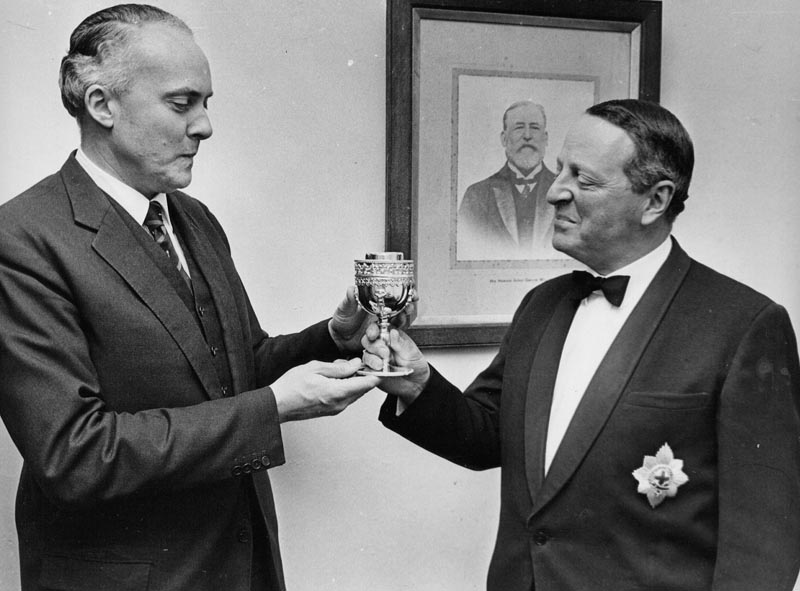 When Sir Cennydd was made a Knight of the Garter, Sir Brandon has a silver goblet designed and made for him in the shape of the head of the Llantrisant Mace.

This beautiful object remains a treasured possession of the Traherne family.