There is also the case that it was built on Freeman’s land, yet no record exists of it every being a windmill owned by a Llantrisant Freeman. Which is why the reference by Taliesin Morgan is more likely to have been one of many watermills in the vicinity of Llantrisant, notable in the lowland areas. The question is who perpetuated this myth of the town being a windmill?

It would seem improbable to build a windmill in an area rich in water power. The Clun, the Mychydd and many smaller streams in the area provided sufficient power for water grist mills even in drought years.

The only area of Glamorgan where we find medieval wind mills is the lower vale area from Llantwit Major westwards towards Wick where there was much less water power. There is also the question as to why build a windmill in a pastoral region where the only grain grown in any quantity was oats?

It is not necessary to build a mill on the top of a steep hill in order to harness wind-power. The Cefn Parc area would provide quite sufficient wind without the extreme labour of carrying the corn up a steep hill like the Graig.

The only windmill outside the lower vale area is at St y Nill and that was built in the early 19th century when wheat was being profitably grown in all sorts of areas, and particularly in the agriculturally richer area of the Border Vale. It was clearly needed to supplement the existing water grist mill nearby.  This was due to the corn shortage caused by the French Wars. The Subsequent Corn Laws would have immediately put it out of business.

If the “Billy Wynt” had been built on one of the Commons at that period there would have to have been a record of it.

The circular stone tower was restored as a folly in 1890 at the request of the newly former Llantrisant Town Trust.  In January 1893 they appointed architect Gomer Morgan who removed the soil inside the building the level of the doorway, quarry any local stones for the rebuilding of the walls destroyed or damaged, repointing, replacement lime and mortar and build a flight of steps from the floor to the top of the way. The project cost £150.00 and was completed later that year.

The tower remains in the property of Llantrisant Town Trust.

With thanks to J. Barry Davies 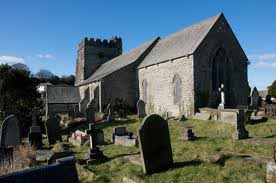